Preserving the culture of our rural ranching, farming and agricultural heritage

KNRC Executive Director Carlson on the Power of Local Government 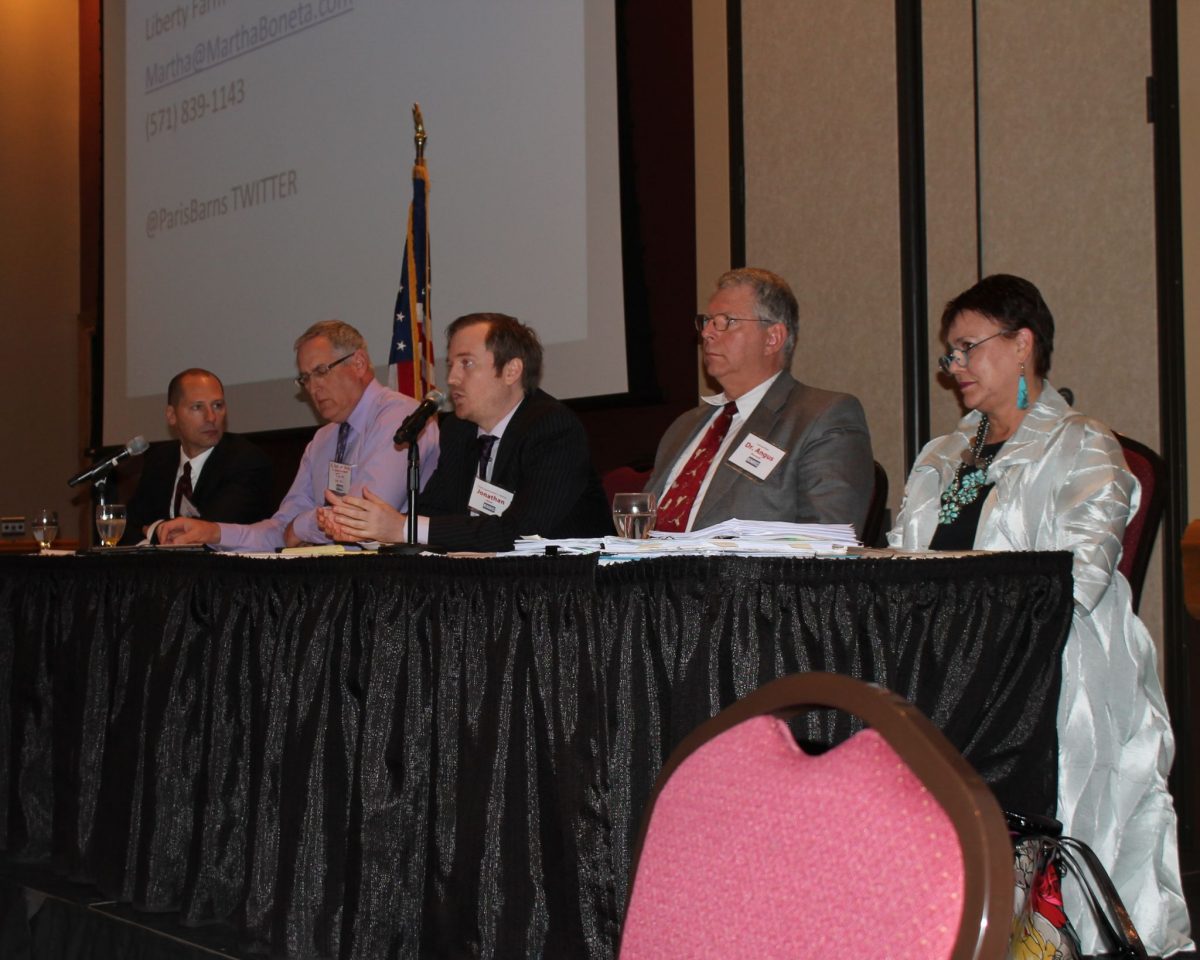 The Kansas Natural Resource Coalition (KNRC) is a collaboration of county governments who engage state and federal agencies during environment and natural resource administrative rule-making processes.

Our members understand the limited role of these agencies, the legal parity enjoyed by local government, and that state and federal procedural mandates require balancing of economic, social, cultural and property interests during the outworking of natural resource policy efforts.

When agencies propose rules for our region, we first investigate the statutory basis for the proposal, a process we call “Show Us The Law.”  Because many administrative agencies believe they have the authority to enact law, we do not accept regulations, policies or memoranda as binding until a clear statutory connection has been established.  Similarly, because courts Don’t Make Law, KNRC does not accept opinions, decisions or definitions of courts as sufficient by themselves to justify administrative proposals; we believe the legislative branch of governments to be the sole organic source of lawmaking. 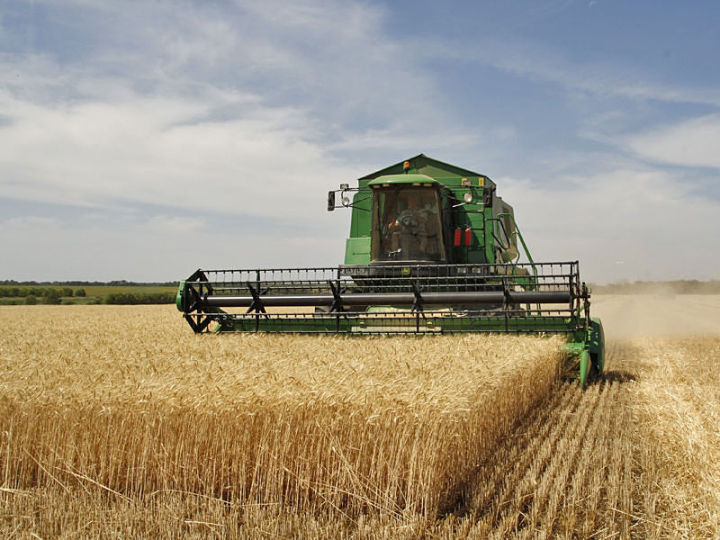 KNRC is comprised of elected commissioners from individual member counties, an executive director, a research analyst, a communications analyst and retained professional and legal staff on an as-needed basis.

Day-to-day operations are overseen by a steering committee that in turn reports to a policy committee governed by all member counties.

Each KNRC county has adopted a Natural Resource Land Use Plan that by federal statute requires review, coordination and consistency by federal agencies desiring to impose rules in the jurisdictional areas governed by those counties.

This approach maintains local voice, assures mutual access to data and science, provides a platform for genuine transparency, and ensures balanced decision-making for both the human and natural environments.

Navigating the maze of environmental rule-makings is daunting for even the most resolved of local governments — let alone the balance of America’s 3,000-plus counties.

KNRC’s excellent research, clear understanding of administrative procedure, dogged adherence to statutory requirements and tactical application of coordination brings clarity to the process and accountability to federal agencies who have grown accustomed to bypassing — or dismissing entirely — the needs of local government.

Our philosophy, strategic plan, and long-term objectives include training, equipping and exhibiting hard-won examples for local governments across the nation.  History teaches that centralized, top-down, and autocratic governments don’t work for the long term, ultimately reverting back to local control.

Only local government — not industry, not associations, and particularly not nongovernmental organizations (NGOs) — are permitted to leverage accountability from federal administrative agencies during natural resource policy rule-makings.

Monday, August 26, 2019 – Earlier this year Senators Steve Daines and Debbie Stabenow introduced S. 170, the Charitable Conservation Easement Program Integrity Act, which would place new restrictions on the ability of partnerships of unrelated people to claim the federal conservation easement tax break. Critics of the practice that a small handful of “syndicators” abuse the tax break by gathering investors to form pass-through partnerships to buy land, obtain inflated appraisals, and then get conservation easements the investors use to reduce their tax liabilities. The syndicators are essentially selling the deductions.

Recent reports by the Brookings Institution and ProPublica found the practice rampant and growing, to the tune of billions of dollars in tax breaks. Senate Finance Committee Chair Grassley and ranking member Wyden launched an investigation into the practice earlier this year while the IRS and the Department of Justice are taking actions to crack down on the scheme to prevent abuse of this popular charitable deduction.

Congress enacted the conservation easement deduction in 1976, and it has facilitated the conservation of millions of acres of land since then. The intent was to encourage farmers, forest owners, developers, and other private landowners to keep some areas undeveloped by offsetting some of the costs of doing so. The result is to obtain many benefits of conservation without the government buying and attempting to maintain more land than it is already responsible for. According to Senator Daines, “The conservation easement tax incentive is meant to help conserve land and protect family farms, not be used as a tax shelter.”

The Daines-Stabenow bill would be retroactive to the IRS December 2016 guidance document aimed at curtailing abuse of the deduction. In July the Joint Committee on Taxation, the congressional body that estimated that the legislation would generate $6.6 billion in federal revenue over ten years.

Tuesday, September 17, 2019 — On September 16, 2019 United States District Judge for the District of Columbia Rudolph Contreras entered an order adopting an agreement between the Defenders of Wildlife, Center for Biological Diversity, Wild Earth Guardians, and the Department of Interior’s U.S. Fish and Wildlife Service (USFWS) that requires USFWS to submit a species status 12-month finding for the Lesser prairie-chicken (LPC) to the Federal Register no later than May 26, 2021. The parties reached the agreement on September 12th.

The LPC had been listed as threatened in 2014, but that listing was overturned on procedural grounds. KNRC participated in that successful litigation with an amicus brief.

The plaintiffs had originally petitioned USFWS in September 2016, and the agency released a 90-day finding that the LPC may warrant listing in November of that year. Subsequently, USFWS failed to complete a 12-month finding prior to the September 2017 deadline for doing so.

On February 14, 2019 the plaintiffs sent a 60-day notice of intent to sue the Department of Interior for its failure to comply with the deadline for completing the 12-month review for the LPC. They then filed their complaint on June 12th of this year. The parties, wishing to compromise and settle the plaintiffs’ claims, entered into a stipulated agreement on September 12th for completion of the species status review no later than May 26, 2021.

The litigation, led by  Attorney General Steve Marshall of Alabama, defends  changes to ESA that allow for economic considerations, and did away with the “blanket 4(d) rule” – an unpopular rule that gave the US Fish and Wildlife Service wide ranging power to extend endangered protections to species that  only have threatened status.