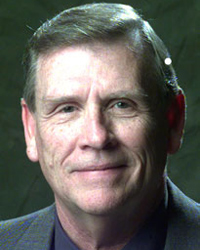 Born in Lakin Kansas, Gary Hayzlett was first elected as a Kearny County Commissioner in 1974 and remained in office until 1990, when he was elected to serve in the Kansas House of Representatives, an office he held until 2012. While there, he chaired the House Transportation Committee from 1998 until his departure from the House in 2012.

In 2016 he was once again elected to the Kearny County Commission, and is also serving as a member of the Kansas Wildlife, Parks, and Tourism Commission.

Commissioner Hayzlett is married and has three daughters. 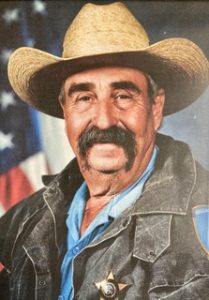 Born in Sherman County, Larry Townsend is a fifth generation western Kansas farmer.  In 2000, Townsend was elected to serve as sheriff in Wallace County.  He was was honored with the Sheriff of the Year award in 2016.  He served in the role of sheriff for 20 years, the longest serving sheriff in Wallace County history.  Following his retirement in January 2021, he was elected county commissioner.

Commissioner Townsend’s grandfather, Ray Welsh, served in the Kansas House of Representatives in the 60s.  His favorite saying was, “If you don’t like the way things are, run for office and try to change them.”  Larry and his wife live in Weskan, where he remains active in farming.  They have four daughters and eleven grandchildren.  The grandchildren are the seventh generation to help farm in western Kansas. 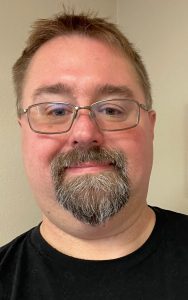 Marcus Rogge grew up on a family farm in Sublette, Kansas and graduated from Sublette High School. He went on to Kansas State University, graduating with a degree in Business Management.

Rogge has a broad background of experience in mortgage banking, agriculture, and pharmaceutical sales.  Marcus lives in Sublette, Kansas and was elected to the Haskell County Board of Commissioners in 2018, and he became the KNRC treasurer in December of 2021. He works for two different agricultural companies and continues in the operations of his family farm north of Sublette.

Having the experience of serving on various boards and organizations, such as HOA’s, planning & zoning boards, chambers of commerce, business councils, and other groups, Rogge is effective in making a difference in peoples’ lives, and is thankful to serve members of his community in business and public service.