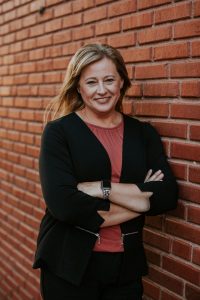 Tracey Barton was born and raised on a multi-generational farm located in central Illinois.  She has lived in southwest Kansas for over ten years. Her broad business background includes experience in the gas/electric utility sector; the insurance industry in the area of talent acquisition and management; real estate; and agriculture.  She has experience serving as a liaison to the Public Utilities Commission, leading cross-functional teams in process improvement initiatives, and directing numerous programs and projects.  She has received various leadership awards throughout her career.  She published her first novel in 2020.

Barton is passionate about protecting land holder rights and enjoys connecting with county commissioners across the state on issues monitored by the KNRC.  She joined the organization in mid-2021 as an Analyst and moved to the Executive Director role in January 2022. 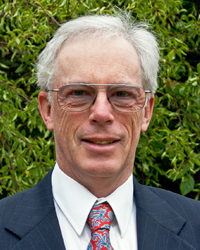 Norman MacLeod was born in Vermont, where he received his education in forestry at the University of Vermont prior to entering the Air Force, from which he retired in 1997. Combining his education and military experience, he launched Gaelic Wolf Consulting, specializing in natural resource policy and government relations.

Involved with projects around the nation, his concern for the quality of science used in the regulatory community led him to become one of the founders of the Environmental Sciences Independent Peer Review Institute, a non-profit that built capacity to perform rigorous independent peer review of the science used to inform public policy.

Norm has experience working with state legislators and members of Congress as part of his work for his clients. He played a key role in the development of first-of-kind scientific integrity legislation in the State of Washington.

His work with local governments focuses around the full exercise of their inherent role, power, and authority through the exercise of the Tenth Amendment’s principle of reserved powers. He emphasizes the importance of ensuring protection of both the natural and human environment to achieve productive harmony between the two in full support of vibrant local economies. Mr. MacLeod’s practice areas include issues involving water resources, fisheries, agricultural and ranching practices, energy production, and Endangered Species Act listing and recovery processes.

Norm joined KNRC as a communications analyst in November 2016.